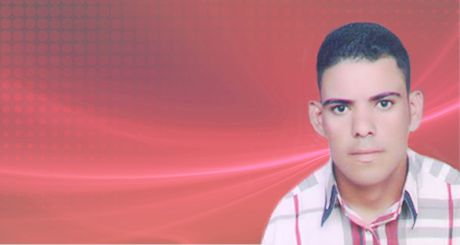 The trust has always received applications for help with a varying level of poverty from our representatives on behalf of poor Coptic students in Egypt. Reading the poverty on paper is one thing but seeing it live is a different matter altogether. Therefore we decided to visit some of the students who receive grants from the trust. On the way to a rural village in the countryside of upper Egypt, our representative in El-Minia was explaining the poverty conditions of some of the students in the countryside and how it differed from those in the city.

We arrived to the village and a short walk from transport station we came to the house of our student Michael. We were greeted by his parents and were asked to come in. It was very striking that the house had no furniture at all. They pulled a rug and asked us to be seated until they sent for their son, who was attending a youth meeting in church. The classical poor farm house was before us; a small baking furnace for making bread was in the main room and a sheep eating grass was visible through the door of the adjacent room.

When Michael, our medical student arrived, we went to his room upstairs through a shaky staircase open to the air! All the room had was a table which had his books and notes, and a chair. He admittedly sleeps on the floor. Yes, on the floor without even a sleeping bag. When we offered to buy him a bed, he strongly postponed accepting the offer being busy with exams. We offered him a new pair of trousers and a pullover, but again he strongly resisted, offering it back to someone who may need it more than him. We looked where he pointed claiming he had a lot of clothes and all we could see was one pair of trousers, a jalabeya, 2 sweaters and underwear hanging on two nails fixed to the wall. Dignity has certainly revealed itself in this young man louder than his poverty. The trust is taking serious steps to bring him to the UK for further medical training once he graduates.