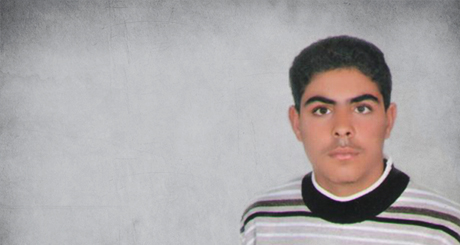 We received an application for a grant form a student preparing to sit exams in Computer Science – Cairo University. Sherif lives in El-Ayat, some 35 Km south of Giza. Sherif told our representative that he lived in a house that did not have either clean water or electricity. He also mentioned the he often studied either in the street opposite his home to make use of the free light or does his work using candles. Our representative visited the student and confirmed it was hard to believe, but true. We agreed the application for him to start receiving the monthly grant immediately, and further helped the family to install a clean water line. We also assisted the family to apply for an electricity meter with proper wiring and power connections. Our student is graduating this year and doing so well that he might be going for a postgraduate degree, in which case we will seriously consider continuing assisting him.

It is worth noting that El-ayat and its neighbouring villages continue to witness harsh hostility from Moslem fanatics against Christians. In the village of El-girza, which is predominantly inhabited by Christians, a church has recently been burned down. The Christians have not been able to re-erect the church there, albeit obtaining all the required permissions. As soon as the building materials arrive, they are either stolen or vandalised in the middle of the night, which leads to violence eruption between the Christian villagers and thugs of Moslem fanatics. It is hard to believe, but true. At any case, these hard to believe but true situations are some of the reasons why St Kyrel Trust has begun serving in El-ayat.

Two of our active representatives are very unwell. Dr Laila Tanash and Mme Wafa Ghobrial who serve in Cairo and Alexandria are both facing serious health problems. We request of you to share with us in praying for their speed recovery.

We want to hear from you

We invite all our donors to talk to us and advise on how they think of our work. We want your opinion be part of our decisions. Please get in touch on the contact details shown below, or directly speak with any of the trustees.