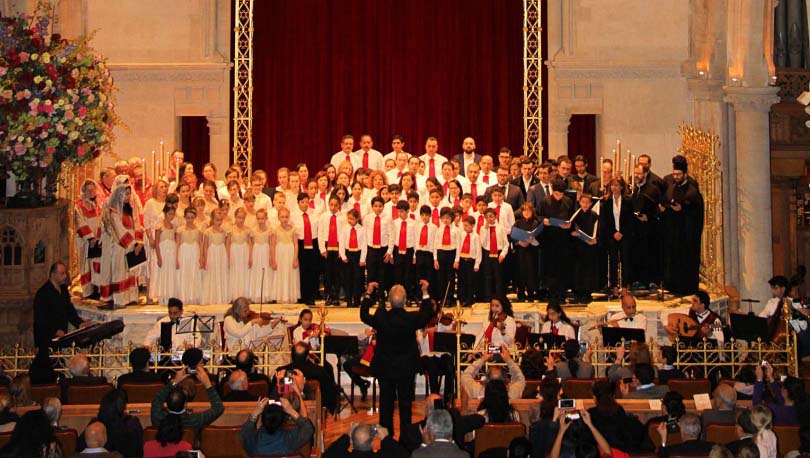 The Armenian Church Hosted the Theophania

The 3rd “Theophania” concert took place at St.Yeghiche Armenian Church in London on 29th January for the second time. The adult and children’s choirs of the Armenian, Coptic, Russian, Greek, Moldovan Orthodox and Maronite Churches took part and filled the church with their angelic voices. The songs were followed by a Biblical reading, narrating the Nativity stories.

At the end of the concert, the choirs sung together “Gloria in Excelsis Deo” in Latin and also in their mother tongues.

St. Yeghiche Church choir, led by maestro Aris Nadirian, sang the hymn “Սուրբ զԱստուածածինն”, dedicated to the Mother of God, “Ով Զարմանալի”, dedicated to the baptism of Jesus Christ and also pieces from the Armenian Divine Liturgy. At the end of the concert, the Primate of the Armenian Church of the United Kingdom and Ireland, His Grace Bishop Hovakim Manukyan, and His Eminence Archbishop Yelisei of Sourozh, Primate of the Russian Orthodox diocese in UK, extended their blessings to the participants.

The “Theophania” concert was organised by the Coptic Orthodox St. Kyrel Trust, with the blessings of the Primates of the Orthodox Churches in the UK. All of the proceeds from the concert will go to the Churches in Aleppo.